A day old baby boy was kiddnap by couple from Kano hospital, throws party to celebrate ‘arrival of male child in their family’

A day old baby boy was kiddnap by couple from Kano hospital, throws party to celebrate ‘arrival of male child in their family’

The Kano State Police Command has arrested one Maryam Sadiq, 22, and her husband, Abubakar Sadiq, 50, for kidnapping a day-old baby boy from a hospital.

Spokesperson of the command, DSP Abdullahi Haruna Kiyawa, who disclosed this in a statement on Friday, September 10, said Maryam abducted one of newborn male twins when their aunt fell asleep while looking after them.

According to the PPRO, after stealing the baby, the couple threw a party to celebrate the much-awaited arrival of a male child in their family.

During interrogation, Maryam claimed that she carried out the act under the influence of her husband who has been longing a male child.

“He said his wife delivered of the twins on the 07/09/2021 at Muhammad Abdullahi Wase Teaching Hospital Kano and was admitted. That his sister in-law who was looking after the babies at the corridor of the Maternity ward slept off. She woke up and did not see the child

“Upon receiving the report, the Commissioner of Police, Kano State Command, CP Sama’ila Shu’aibu Dikko, fsi, raised and instructed a team of detectives led by SP Daniel Itse Amah to rescue the victim and arrest the culprits

“The team immediately stormed the scene and launched a search. The Hospital was sealed off and thoroughly combed, but the child could not be found immediately

“Sustained efforts coupled with intelligence sharing led to the arrest of one Maryam Sadiq, ‘f’, 22 years old, and her husband one Abubakar Sadiq, ‘m’, 50 years old, all of Rijiyar Zaki Quarters, Kano. The Child was recovered from them in their home

“On preliminary investigation, Maryam confessed that the child was taken away from Muhammad Abdullahi Wase Teaching Hospital Kano and that she carried out the act under the influence of her husband who has been longing a male child

“Before their arrest, the suspects were said to have thrown a party to celebrate the arrival of a male child in their family, which triggered doubts since neighbours knew Maryam was not pregnant

“Meanwhile, the new born baby has been re-united with his parents. The Commissioner of Police, Kano State Command, CP Sama’ila Shu’aibu Dikko, fsi (Nagari-Nakowa) ordered that the case be transferred to the Criminal Investigation Department of the Command for discreet investigation. Suspects will be charged to court upon completion of investigation.” 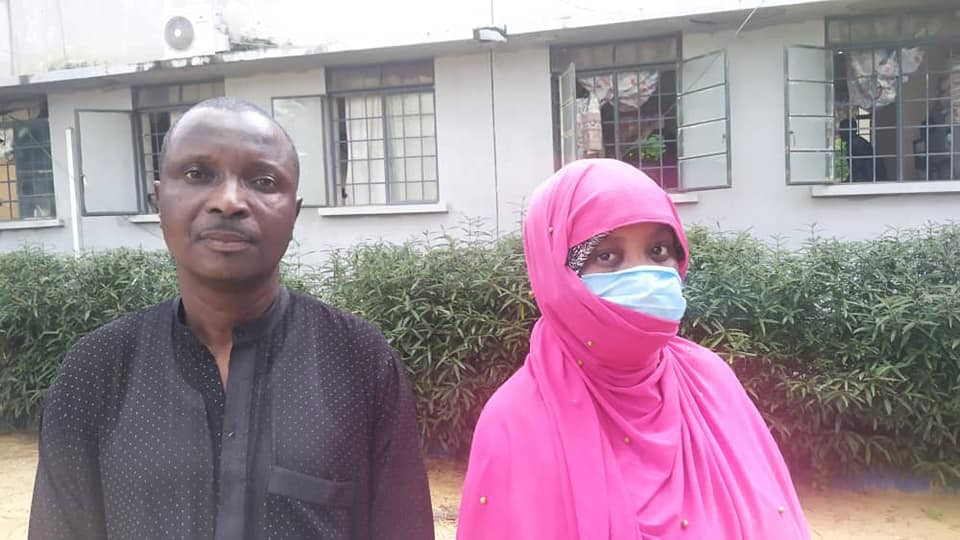 Doja Cat Reacts to Nicki Minaj’s Refusal to Collaborate on “Get Into It,” Talks Pepsi Commercial

The most recent five images of Kim Kardashian...

Jennifer Lopez reveals the key to her success...

The most recent five images of...